Twitter users have criticized Nigerian footballer, Alex Iwobi for being disrespectful to a fellow black man during a match yesterday.

The Arsenal player can be seen covering his nose in disgust and backing away when the other black man tried to speak to him, insinuating the man has mouth odour.

Nigerians and other black people on Twitter have criticized Alex for it while some found it amusing. 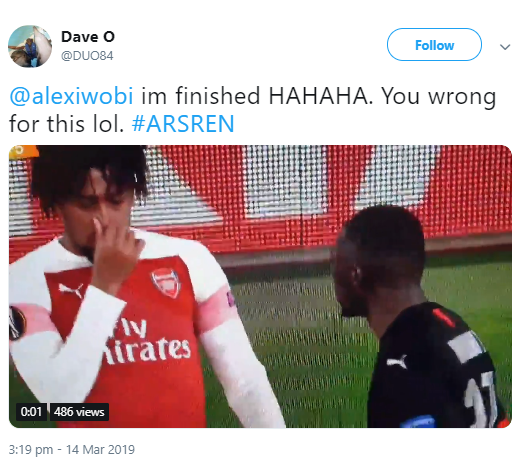 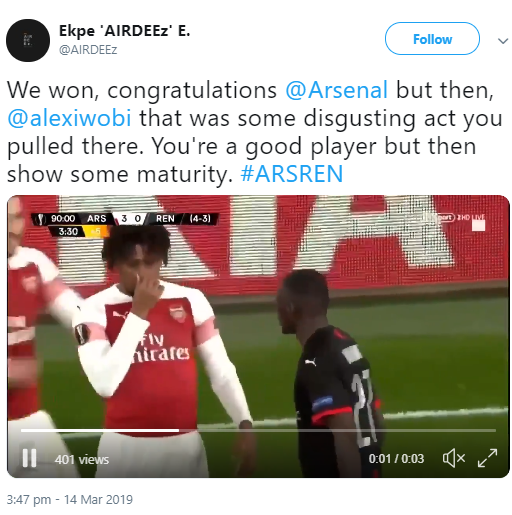 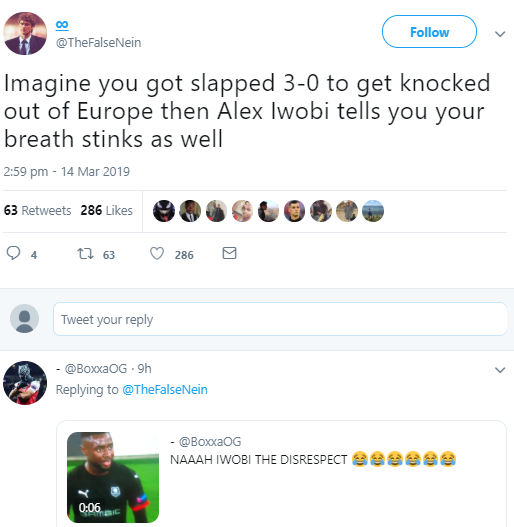 We won, congratulations @Arsenal but then, @alexiwobi that was some disgusting act you pulled there. You’re a good player but then show some maturity. #ARSREN pic.twitter.com/53cTxErncJ

Billionaire Daughter, Temi Otedola Wears £1.4m Worth Of Chanel On Her Wrist (photos)

5 Nigerian movies you can find on Netflix this weekend

Fans set to be allowed to return to...

Coronavirus: Premier League ‘as confident as we can...

Not Roberto Carlos or Cristiano Ronaldo for hardest...