These 7 countries have the highest internet charges in Africa

We look at nations that spend the most on the internet.

In various parts of the world, access to the internet can be regarded as a basic need that most people can afford.

The same can not be said for Africa, the world’s second largest continent with over 50 countries.

A 2018 research done by Cable UK titled, “Worldwide Broadband Price Comparison” showed that the most expensive internet packages in the world can be found in African countries.

Despite the high charges, these counties have some of the slowest connectivity in the world - less than 5Mbps. 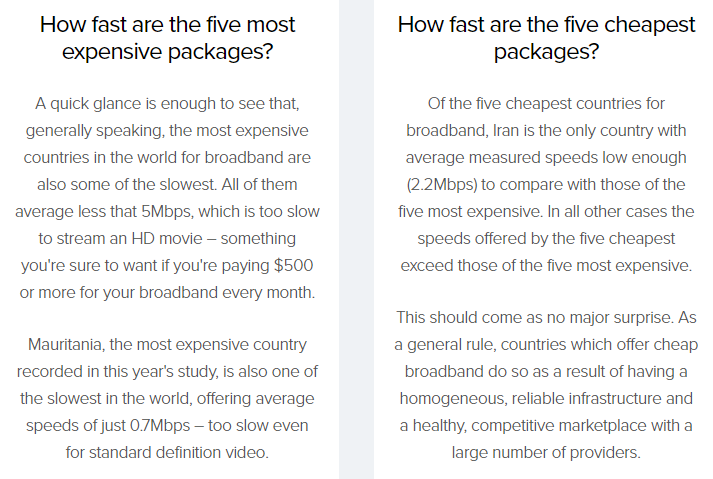 Despite spending a lot on data, the connectivity is really slow (cable)

Another one conducted by the Alliance for Affordable Internet also came to the same conclusion.

The 2018 report titled, “New data: What’s the price of 1GB of mobile broadband across LMICs?”, discovered that the average person in Africa spends roughly 8.76% of their income on data bundles. Africa is followed by Latin America and the Caribbean with 3.58%.

ALSO READ: Nigeria approves framework that will see a new price for data

Here are the seven African countries with the highest internet charges, according to the findings from the Cable UK and the Alliance for Affordable Internet:

The highest internet charges in the entire continent can be found in the West African country of Equatorial Guinea. Here, the average person spends over $35.47 dollars on only 1 GB of internet data.

Zimbabwe comes in second with internet charges that start from 25 dollars.

Third, on the list is Swaziland where the average person spends $21.86 dollars on 1GB of data.

Apart from suffering from political tensions, another thing people living in this country have to deal with is high internet charges. It cost $13.6 to get only 1GB.

Fifth on the list is the Republic of Congo with 1GB of data costing $11.97 dollars.

In Namibia, internet charges start at $10.86 for a 1GB data package.

Last on the list is South Africa where 1GB of data costs $10.34 dollars.

Mercy Johnson Shares Adorable Video Of Herself Dancing With Her Kids