14 vintage photos of Boy Scouts throughout their 111-year history

In 2019, the Boy Scouts of America officially changed their name to Scouts BSA in an effort to be more inclusive, and began accepting girls into their ranks.

To celebrate this historic change, we searched through the archives to find some of the oldest photos of the Scouts to see how much, if at all, they’ve changed since their inception.

Keep scrolling to check out their vintage photos .

The Boy Scouts of America (BSA) were founded on February 10, 1910, by William Boyce, a publisher from Chicago. 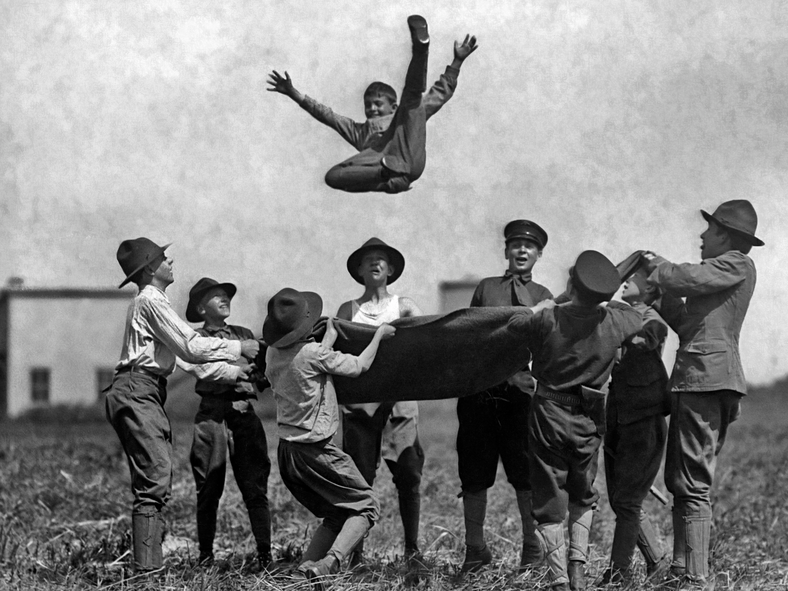 The Boy Scouts movement actually started in England in 1908 by Robert Baden-Powell, a famed survivalist and soldier. His book “Scouting for Boys” started the movement.

Boyce was inspired to start an American version while he was abroad in London. He was lost in the fog, and a young Scout directed him towards his destination, but wouldn’t accept any payment for doing a good deed. This led Boyce to organize several smaller groups into the Boy Scouts of America.

The purpose of Boy Scouts is to “train youth in responsible citizenship, character development, and self-reliance,” through participation in outdoor activities and education. 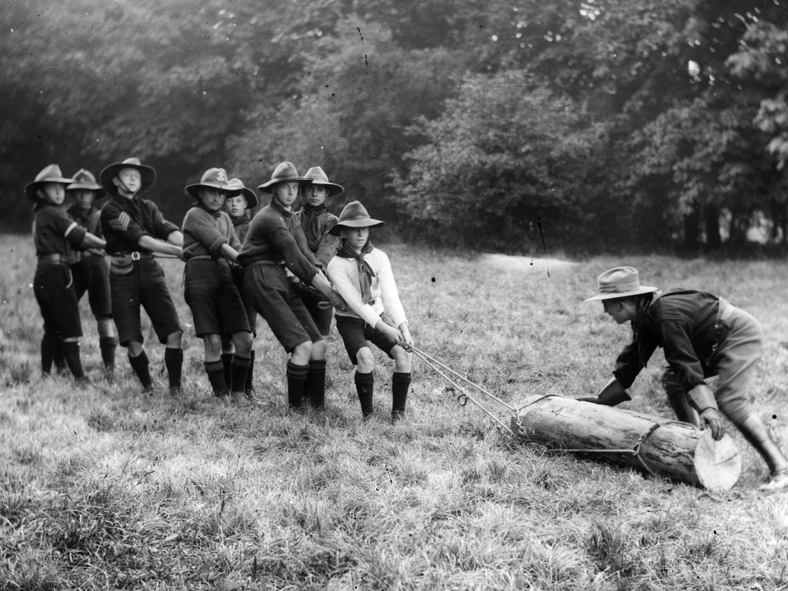 Though hauling wood might not be a big focus of the Scouts today , they do still focus on camping, hiking, swimming, and wilderness survival.

One of the most fun parts of joining a Boy Scouts troop is attending camp. 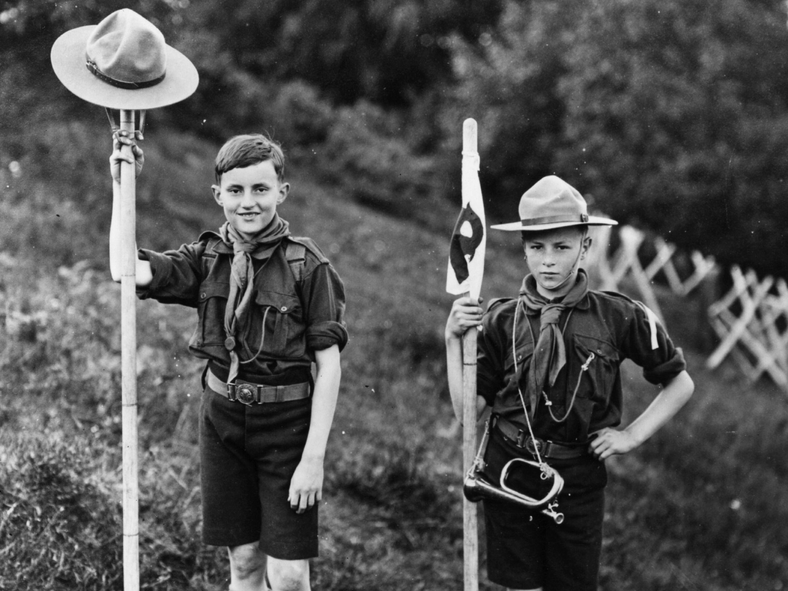 The Boy Scouts of America operates 420 Scout camps across the country , along with other adventure activities.

What goes on at scout camp? Mainly the normal camp activities, like swimming … 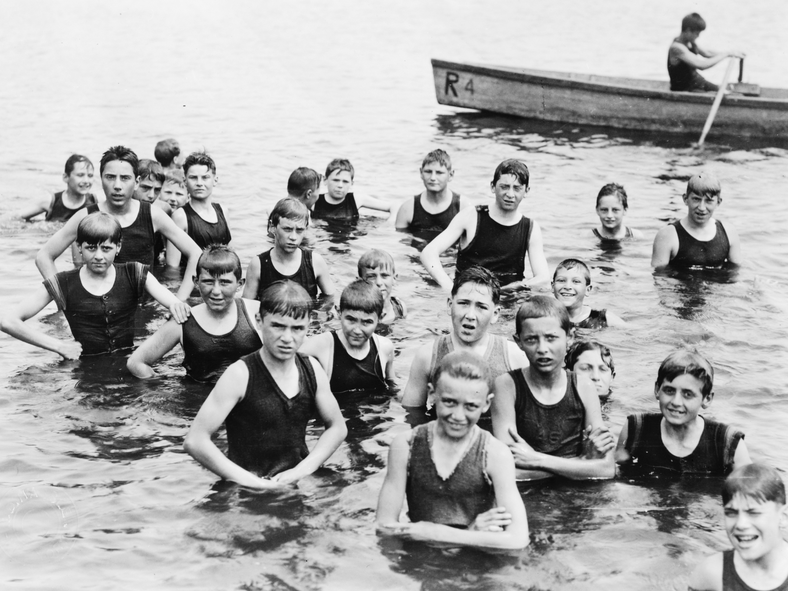 The bathing suits might look a bit different in 2019. 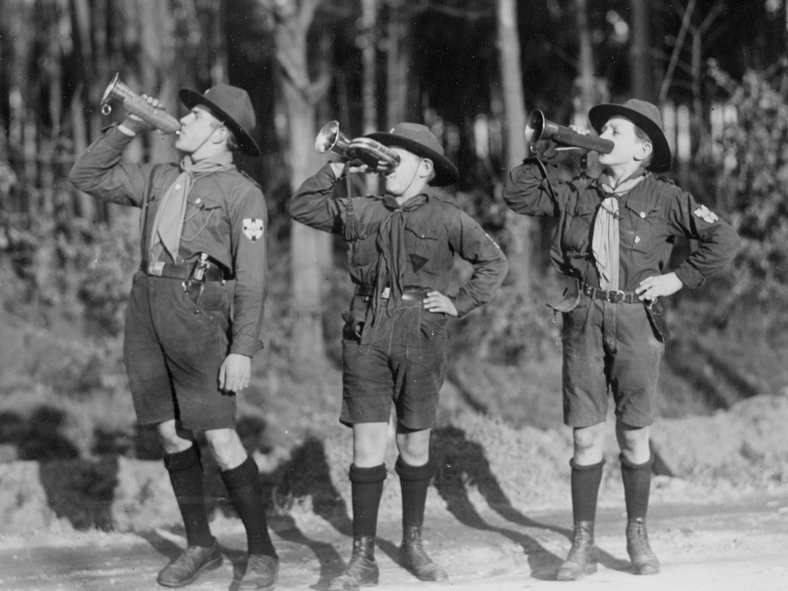 The Scouts organization still prioritizes learning how to play the bugle. One of the 135-plus badges isdedicated specifically to playing the bugle . 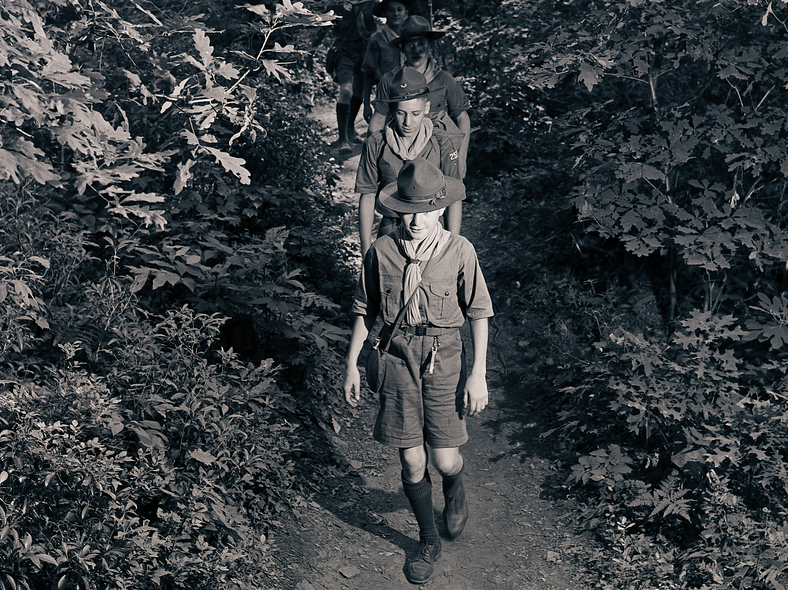 While some may seem the Boy Scouts as an antiquated organization, their values remain important in the 21st century. 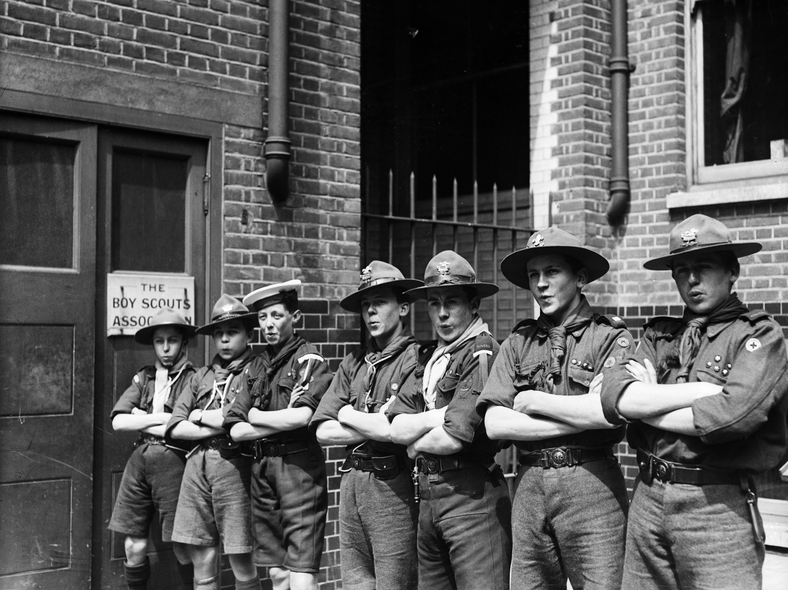 The Scouts prioritize 12 key values in their Scout Law . Above all else, a Scout is trustworthy, loyal, helpful, friendly, courteous, kind, obedient, cheerful, thrifty, brave, clean, and reverent. Who can argue with that?

The uniform hasn’t changed much, minus the hat. 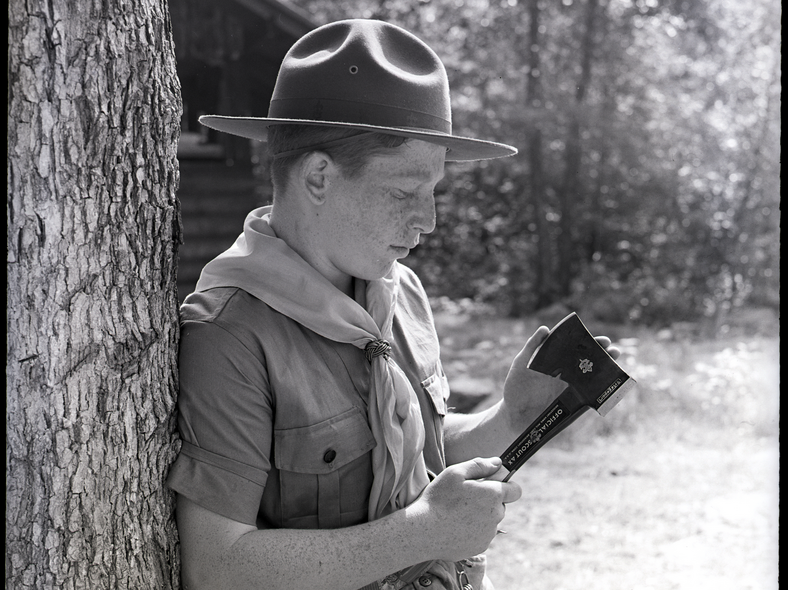 While there’s no specific hatchet/axe-wielding badge, there are two dedicated to both rifle andshotgun shooting .

The Boy Scouts have become as American as apple pie and baseball they even meet the president. 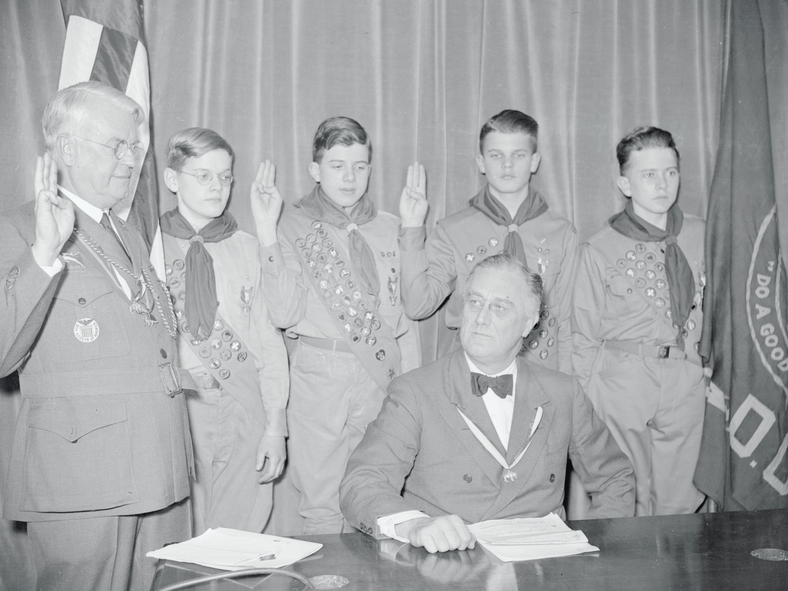 The first Eagle Scout the highest level of scout was Gerald Ford.

The highest level of scouting is the Eagle Scout, which is described as “not just an award; it is a state of being.” It involves designing and completing a “service project.” 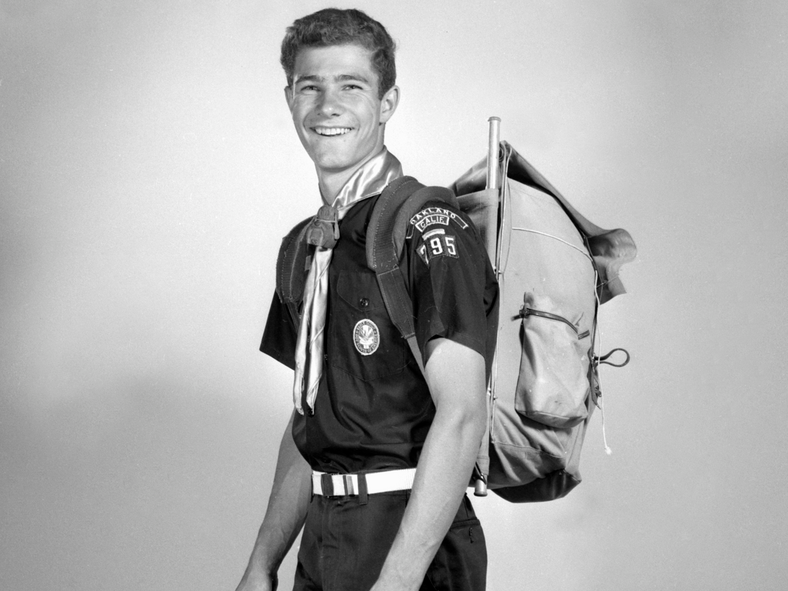 The process of becoming an Eagle Scout is long and hard it requires rising through the ranks, holding a leadership position, earning a significant amount of badges, and completing a service project.

A service project can be anything that is “helpful to any religious institution, any school, or your community,” but specifically not the Boy Scouts. 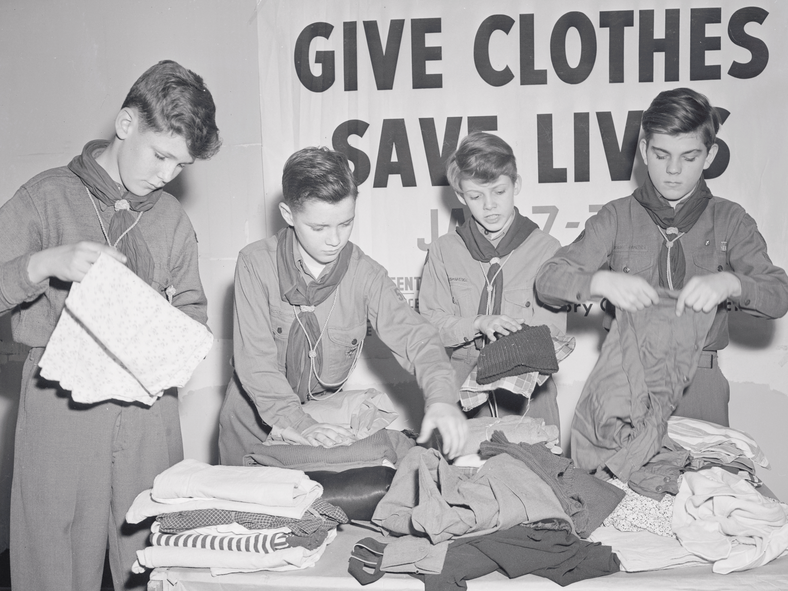 For instance, organizing a clothing drive could be a suitable project.

But, most members are content to enjoy their time at camp, or in their troop, without the added pressure of becoming an Eagle Scout. 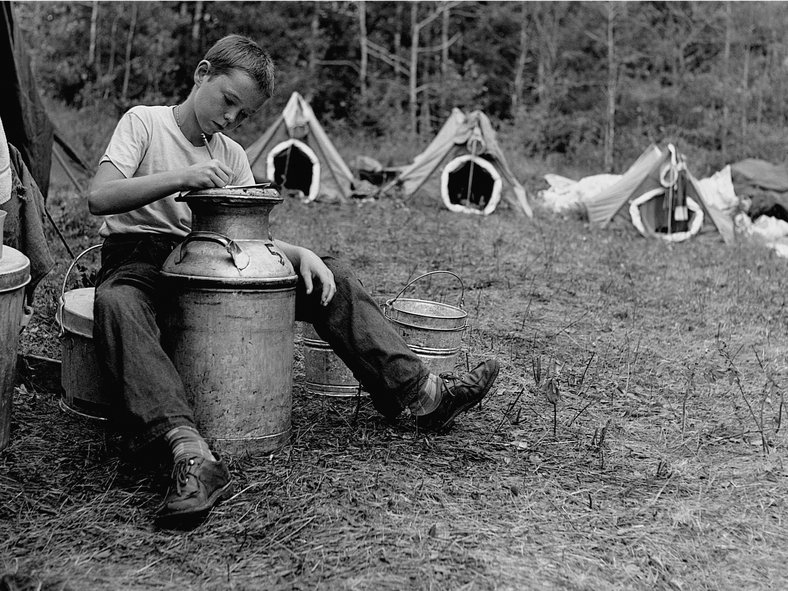 In 2014, only 6.01% of eligible Boy Scouts became Eagle Scouts . Since the award’s inception in 1912, only 2% of all eligible Scouts have earned the honor altogether.

For a few years, the Scouts were only for boys, and only for those aged 11 to 15.

This quickly changed. First, the Cub Scouts were created in 1916 for those even younger, starting with kindergarten. The upper age bracket was raised to 17 years old.

The Girl Scouts was also created after a few years, but the two organizations have not been getting along recently. 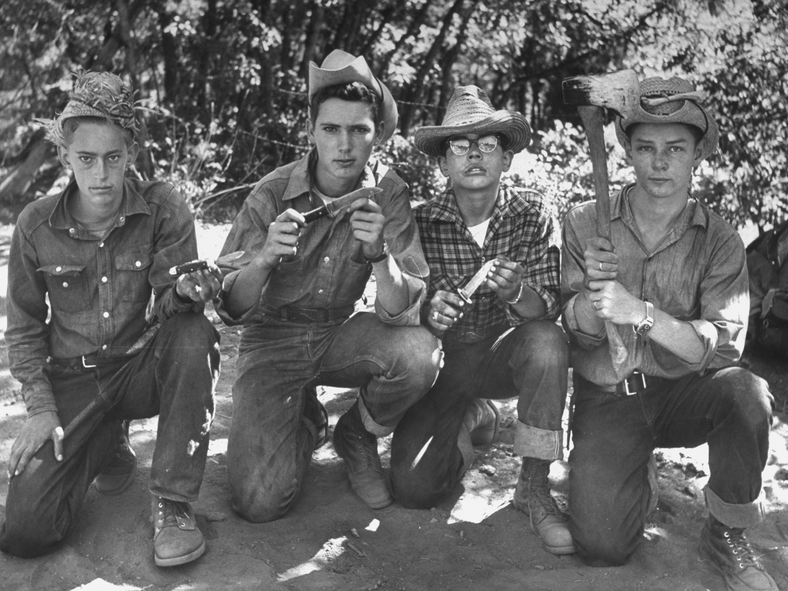 Girl Scouts are a completely different organization that was founded in 1912. In fact, the two have had a rather tense relationship in recent history.

That’s because in 2018, the Boy Scouts announced that they would begin letting girls into the program in 2019. 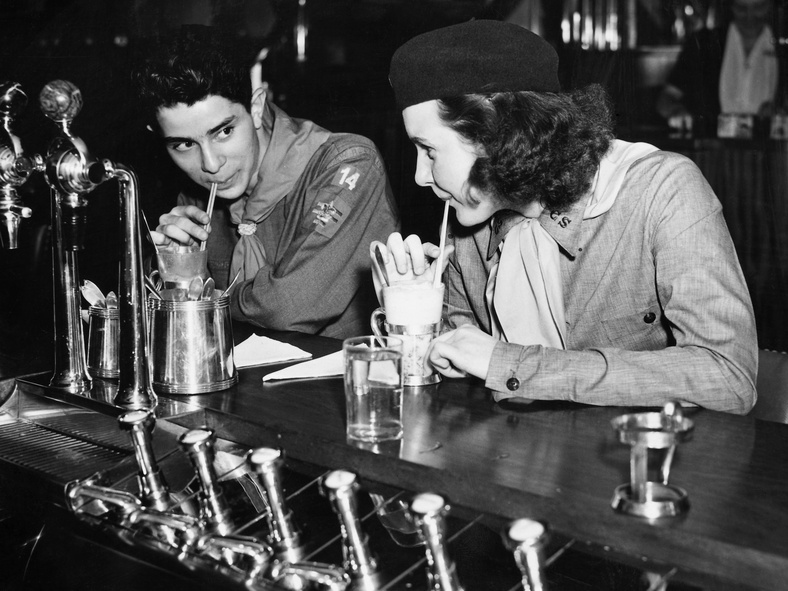 The Boy Scouts have officially dropped “Boy” from their name, and now go by Scouts BSA, in an effort to be more inclusive.

Hopefully, the addition of more dedicated people to the organization, whether male or female, will make the Scouts a better, more inviting place for children to learn and explore the world around them.

John Boyega Teases A Sequel To His Breakout Film, ‘Attack The Block’