‘Black Panther’s’ Chadwick Boseman made a rallying call for the ‘young, gifted, and black’ in his SAG Awards speech, and people are here for it

“Black Panther” took home the biggest award of the night at the SAG Awards Sunday night for outstanding performance by a cast in a motion picture.

After thanking Disney CEO Bob Iger, Marvel Studios president Kevin Feige, star Chadwick Boseman gave a long, moving speech about what it’s like being “young, gifted, and black” in Hollywood, yet, having a tough time getting cast in roles.

In a nearly four-minute speech, Boseman touched upon the importance of a film like “Black Panther,” in which he starred as the superhero in a film with a mostly black cast.The speech was so long he had to talk down the music trying to play him off stage.

“When I think of going to work every day and the passion and the intelligence, the resolve, the discipline that everybody showed, I also think of two questions that we all have received during the course of multiple publicity runs,” started Boseman. 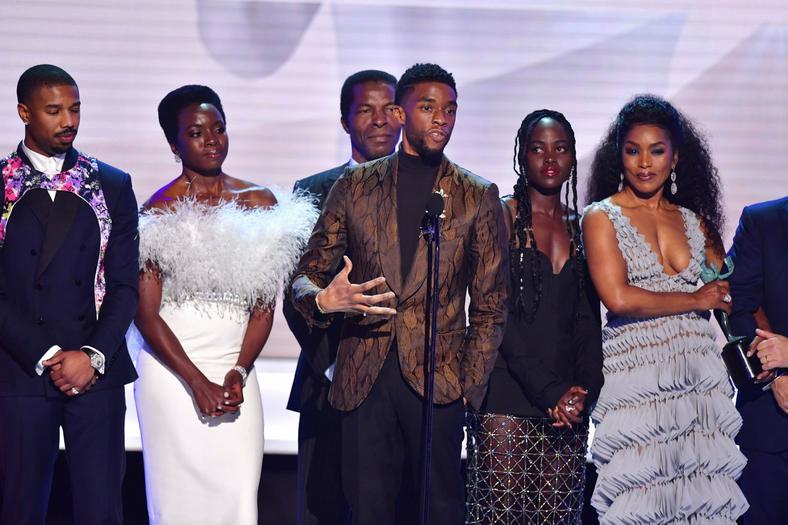 “One is, did we know that this movie was going to receive this kind of response, meaning, was it going to make billions of dollars, was it going to still be around during this awards season? And, the second question, is, Has it changed the industry? Has it actually changed the way this industry works how it sees us? And my answer to that is, To be young, gifted, and black.'” Boseman said to resounding applause from the audience.

He continued to speak at length about why it was important for himself, Michael B. Jordan, Angela Bassett, and more to go to work each morning to work on Marvel’s superhero movie, citing that it felt like they were creating something truly special. His speech started to make star Lupita Nyong’o emotional on stage. 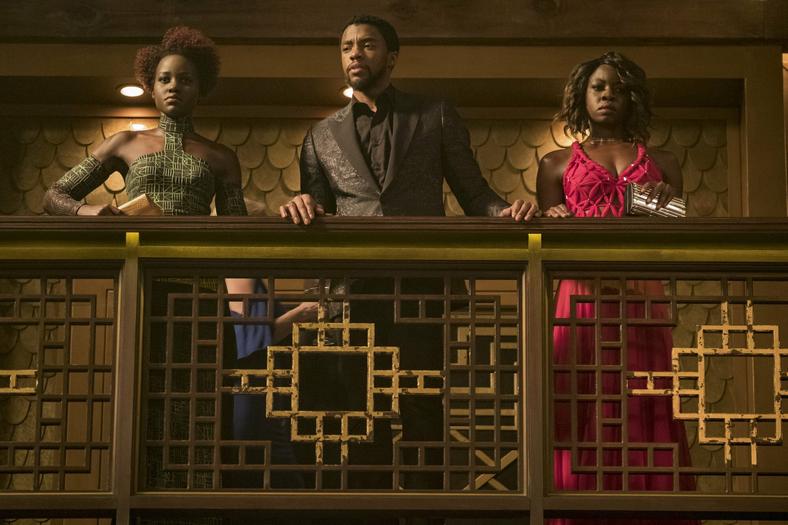 “And that is what we went to work with every day, because we knew, not that we would be around during awards season or that it would make a billion dollars, but we knew that we had something special that we wanted to give the world, that we could be full human beings in the roles that we were playing, that we could create a world that exemplified a world that we wanted to see,” said Boseman. “We knew that we had something that we wanted to give and to come to work with every day and to solve problems with this group of people every day with this director [Ryan Coogler], that is something that I wish all actors would get the opportunity to experience. If you get to experience that, you will be a fulfilled artist.” 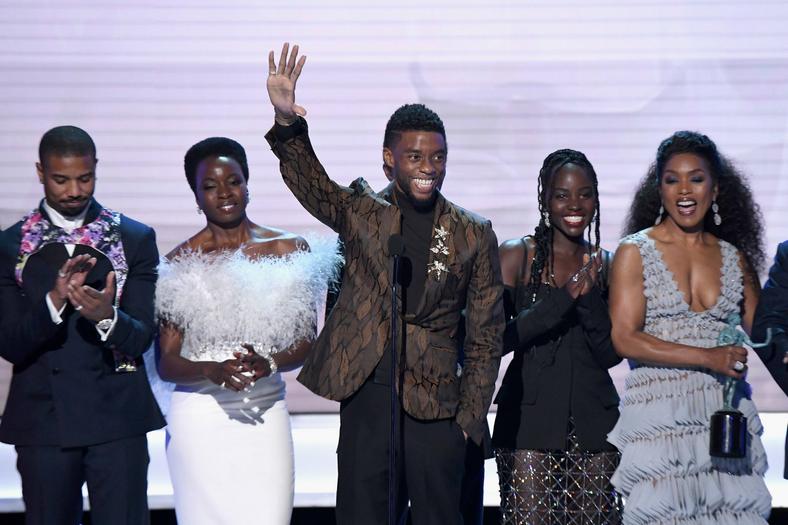 “The question of, you know, would we be around during awards season, I just have to say, it is a pleasure to be celebrated by you, to be loved by you, and one thing I do know Did it change the industry? I know that you cant have a Black Panther now without a two on it. So, we love you and we celebrate it,” Chadwick concluded as he continued to fight off the music for him to wrap up his speech.

You can watch the full speech below.

Despite getting snapped away at the end of “Avengers: Infinity War,” we expect to see Chadwick Boseman, hopefully, back again. Director Ryan Coogler will return to write and direct a sequel to the 2018 movie. According to Variety , production on the film is expected to begin late this year or early 2020.