Following the controversy over an alleged incident between Davido and Kizz Daniel’s manager at the “Davido Live” concert in December 2018, Kizz Daniel’s Fly Boy Inc. has announced new management and a new public relations personnel.

An official statement was issued today stating that the label is now represented by Rebecca Junaid and Ogaga Sakpaide and the new management and new public relations personnel respectively.

See the statement below. 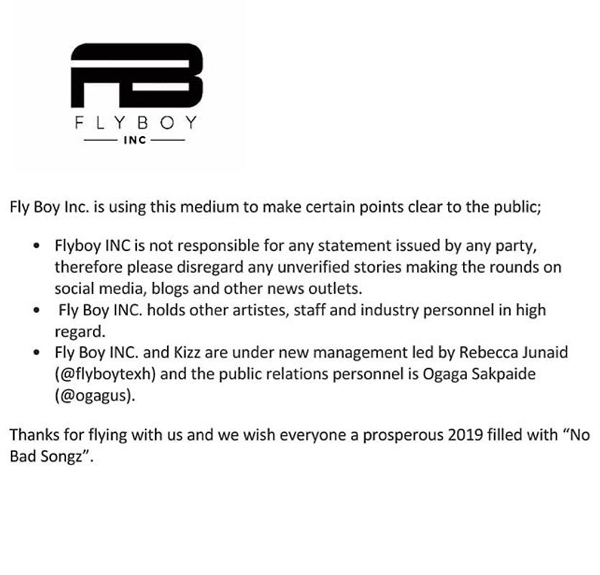 Train derails in Lagos, Leaving many Injured & Others Trapped | WATCH

Can You Love Me Naked?