Europa League: Results From All Games Played On Thursday

The final games of the 2018/2019 UEFA Europa league group stage games were played across various centers in Europe on Thursday.

Arsenal, who had already qualified before yesterday’s game, defeated Qarabag by a single goal at the Emirates stadium to ensure they finish top of group E with 16 points.

Seven-time European champions AC Milan, who needed only a point to qualify, were shockingly knocked out of the competition as they were defeated 3-1 by Greek side Olympiacos. 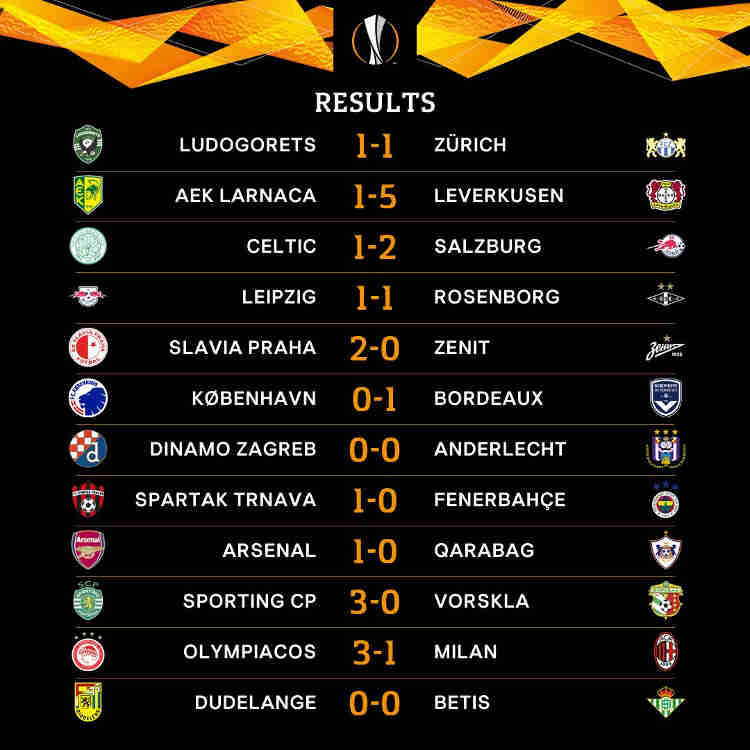 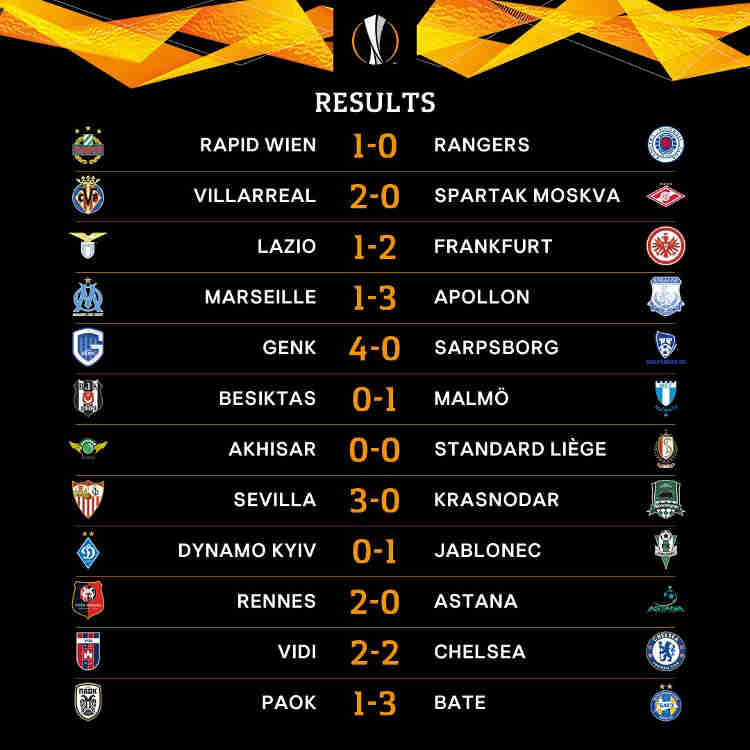 Naija News reports the draws for the next phase of the competition will be held on Monday, 17th December, 2018 at the UEFA headquarters in Nyon, Switzerland.

Fans set to be allowed to return to...

Not Roberto Carlos or Cristiano Ronaldo for hardest...

Bruno Fernandes to Manchester United: where will He...